Saint Nicholas: Are you related????

Saint Nicholas, bishop of Myra, is undoubtedly one of the most popular saints honored in the Western world. In the United States, his memory has survived in the unique personality of Saint Claus — the jolly, rotund, white-bearded gentleman who captivates children with promises of gifts on Christmas Eve. Considered primarily as the patron saint of children, Nicholas is also invoked by sailors, merchants, bakers, travelers and pawnbrokers, and with Saint Andrew is honored as the co-patron of Russia.
In spite of his widespread fame, Saint Nicholas, from the historian's point of view, is hardly more than a name. He was born in the last years of the third century in Asia Minor. His uncle, the archbishop of Myra in Lycia, ordained him and appointed him abbot of a nearby monastery. At the death of the archbishop, Nicholas was chosen to fill the vacancy, and he served in this position until his death. About the time of the persecutions of Diocletian, he was imprisoned for preaching Christianity but was released during the reign of Emperor Constantine.
Popular legends have involved Saint Nicholas in a number of charming stories, one of which relates Nicholas' charity toward the poor. A man of Patara had lost his fortune, and finding himself unable to support his three maiden daughters, was planning to turn them into the streets as prostitutes. Nicholas heard of the man's intentions and secretly threw three bags of gold through a window into the home, thus providing dowries for the daughters. The three bags of gold mentioned in this story are said to be the origin of the three gold balls that form the emblem of pawnbrokers.
After Nicholas' death on December 6 in or around 345, his body was buried in the cathedral at Myra. It remained there until 1087, when seamen of Bari, an Italian coastal town, seized the relics of the saint and transferred them to their own city. Veneration for Nicholas had already spread throughout Europe as well as Asia, but this occurrence led to a renewal of devotion in the West. Countless miracles were attributed to the saint's intercession. His relics are still preserved in the church of San Nicola in Bari; an oily substance, known as Manna di S. Nicola, which is highly valued for its medicinal powers, is said to flow from them.
The story of Saint Nicholas came to America in distorted fashion. The Dutch Protestants carried a popularized version of the saint's life to New Amsterdam, portraying Nicholas as nothing more than a Nordic magician and wonder-worker. Our present-day conception of Santa Claus has grown from this version. Catholics should think of Nicholas as a saint, a confessor of the faith and the bishop of Myra — not merely as a jolly man from the North Pole who brings happiness to small children. Many countries and locations honor St. Nicholas as patron: Greece, Russia, the Kingdom of Naples, Sicily, Lorraine, and many cities in Italy, Germany, Austria, and Belgium.

I know what you are looking for Neo, and its down the hall and to the left!

Posted by ray nichols at 1:32 PM No comments:

When the god of bad hair, tries to take over the world, because let's face it, we were "made to be ruled" Nick Fury assembles Earth's mightiest heroes to give him a Marvel style smack down. Loki couldn't be King of Asgard so he wants to be King of the World instead. Turns out we are not so easy to be conquered even by a god.

The team up of the year, and the movie Marvel fans have waited patiently and anxiously for is finally here. Where will Stan Lee be this time? I'm not telling so you will just have to watch it and see.

This movie starts out a little slow, but when it picks up speed there is no stopping it. Must see. Must buy. And remember when the going gets tough "Hulk smash."
Posted by ray nichols at 1:35 PM No comments:

Email ThisBlogThis!Share to TwitterShare to FacebookShare to Pinterest
Labels: REVIEW

Finally, a Spiderman movie with Gwen! This all new origin story tells how a little radioactive arachnid changed the world forever. As Peter Parker learns to use his new powers for good, a very large lizard terrorizes the city, forcing the Spiderman into action. This movie will amaze you even though Uncle Ben does not say, "with great power comes great responsibility"

Seriously, why would they leave that out?
Oh yeah, it's in 3D too!

Posted by ray nichols at 2:09 PM No comments:

Email ThisBlogThis!Share to TwitterShare to FacebookShare to Pinterest
Labels: REVIEW

Self Publish your book now!

So you want to publish your novel, but you don't have a lot of cash?

Not the end of the world anymore. Now you can self publish online for next to nothing.

No, I am not talking about those big expensive publishing houses who think you can afford to buy a hundred copies first.

Lulu.com will print and ship your book for you. All you have to do is make it. Poetry, Fiction, Recipe books, whatever you fancy. You design the cover. You write the book. You do your own illustrations. You collect the cash. They do the rest. How sweet is that?

At Cafepress.com you can design a whole store for your book. Tee shirts, mouse pads, posters, gift cards, stamps, and more. You can even make an audio book there too.

Amazon publishes ebooks for the Kindle and sells your ebooks for you. All you have to do is make them and upload them. A days work for a potential lifetime's pay. #winner.

Email ThisBlogThis!Share to TwitterShare to FacebookShare to Pinterest
Labels: magazine

So you got too much time on your hands and you want to make some extra cash? Why not work smarter instead of harder?

Diamonds may be a girls best friend, but royalties are forever. Publish a book or CD and you can get some extra cash flow for life. Lets review now; that's work once get paid for life. Can't beat a deal like that can you now?

Websites like Lulu.com will let you publish your work there for free and get paid for your sales. Imagine going to the mailbox and finding a check waiting for you every month. You could be the next Stephen King, or Ray Bradbury and all without quitting your day job.

Internet Marketing on Social Networks for fun and profit 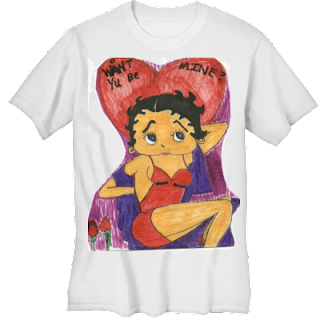 If you sell products online, you are an internet marketer. *note to self: update resume tomorrow.

Whatever products you sell, they will not get sold without a little marketing strategy. #advertising

This includes running ads on your site, and of course, social networking. Your network can reach people you do not even know and boost your sales, and besides, someone needs to put something online besides pics of cats with sun glasses.

Sharing your product with your net family only takes a few secs and the potential for future sales are worth the effort, so go ahead, share. Share the gosh darn heck out of it.
Posted by ray nichols at 2:25 PM No comments: